A musical journey of the childood towards the discovery of the world. A visual and sound experience through the voice for babies (0 to 5 years) and their families. 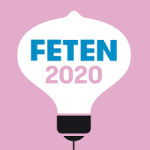 FETEN AWARD 2020
FOR THE BEST SHOW FOR
THE LITTLE CHILDHOOD 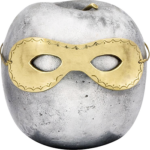 Nominated for the Max 2021 Awards (Best children's, youth or family show)
SYNOPSIS OF THE SHOW
ARTISTIC FILE
KL'AA, which means "singing" in the Hadzabe language, is a musical journey of the childood in the discovery of the world. A visual and sound experience through voice and song. It highlights the voice as a foundation of human presence, as a vehicle of identity. It is through the voice, feeling through our body, that we become more human, better people.
The show was built thanks to the sounds, the sounds that a baby makes to communicate. From here comes our music. A music very close to them. Because it is mostly vocal and feminine (reminiscent of the mother's voice) and because we do not use text but sounds that they recognize, and some words close to their language. All accompanied by gesture and movement (also based on the evolution they make since they were born and how they unfold) which makes it even more appealing.
If you want to get the music of the show KL'AA, your song
visit the next page and download the songs!